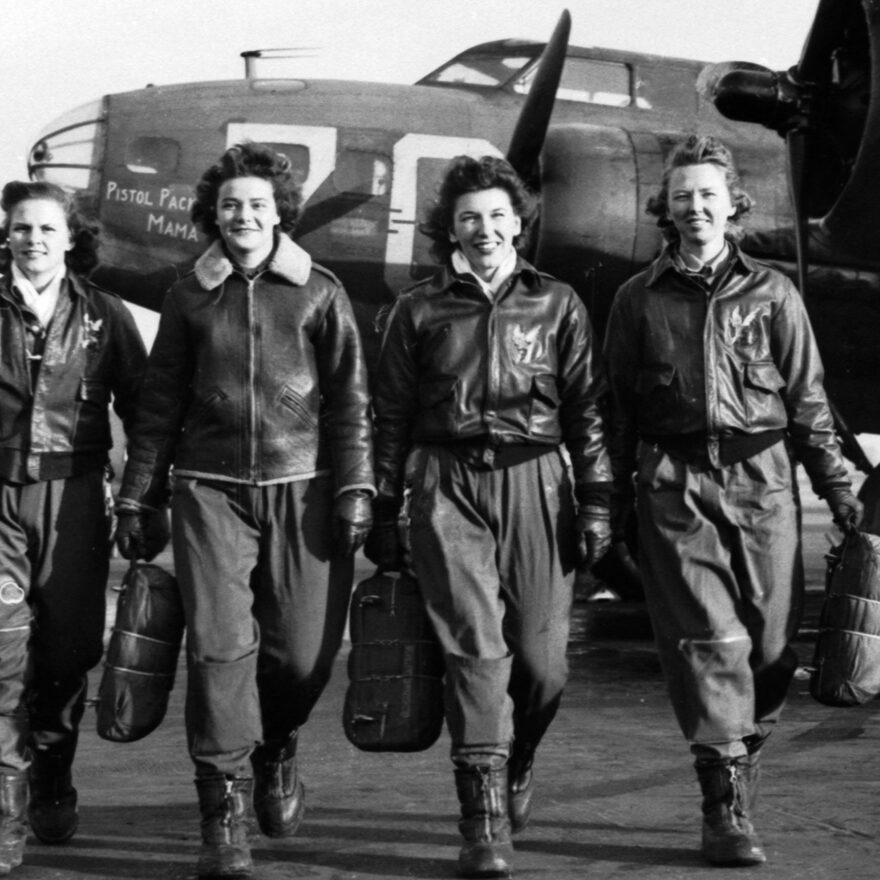 Honoring the Women Serving for Our Country

Background on the Military Women’s Memorial

For generations, women have made critical contributions to the military. We’re excited to work with our strategic partners to ensure that these stories are not forgotten. The Military Women’s Memorial (MWM), opening in 2024, will celebrate the brave women who have fought for this country and serve as a memorial to record and recognize their important contributions and experiences. Through personal accounts and engaging multi-sensory experiences, the MWM will tell the too-often unheard stories of women in the military.

As we refined our design with the MWM team, it became increasingly clear that compelling stories are often overlooked in the chapters of our national history simply because the history-makers were women. We were inspired by stories like that of Edith Nourse Rogers, who served with the Red Cross in France during WWI and was one of the first women to be elected to Congress; Tammy Duckworth, who was the first disabled female veteran to serve in Congress; Simone Askew, who was the first black woman to serve as Captain of the Corps of Cadets at West Point.

Harriet Tubman, was a crucial force in the abolitionist movement, along with being able to provide detailed information during the Civil War and even led a successful raid against the Confederacy.

These stories—and hundreds more, equally as fascinating—are the driving force behind the design of the MWM. Our approach to content and creative development is grounded in a chronological organization of the narratives throughout the space. The history of women playing a crucial role in supporting the military begins with the country’s birth: in the 18th and 19th centuries, women were camp nurses tending to those wounded in battle. Some disguised themselves as men to fight alongside their fellow soldiers, as women freely serving in combat was not acceptable.

Through WWI and WWII, women began to take on roles as administrators and intelligence gatherers and even served on special, women-only flight missions. However, they were not welcomed with equal rights, recognition, and responsibilities as restrictions based on gender and race dictated the official roles women could play and titles women could hold. By the 1940s-1990s, women gained more respect and could take on more expansive roles, earning the ability to officially integrate into the military across a variety of capacities. Today, women are now found in all branches of the military, from Green Berets to the Space Force.

The design of MWM will allow visitors to reflect on these powerful stories that echo throughout the exhibit. The Crescendo of Voices will highlight stories through a collection of immersive experiences, woven together with intertwining graphics and exhibit structures. Our design approach unites these elements with a dynamic sculpture, reflective of the individual voices that combine to tell the larger, collective story. Perimeter walls will feature artifacts, personal stories, quotes, and large-scale images to capture various perspectives and experiences. Banners wrapping both sides of the main gallery will highlight key milestones of women’s military service and its broader social impact. Here, visitors can reflect on the collective impact of women who have served, the contributions they have made, and the generations they have inspired.

In addition to this immersive experience, visitors will be able to create their own personal connections—regardless of age or gender—to the women who serve. A unique database will allow those who visit the memorial to search for the names and stories of women in the military, both past, and present. Veterans who visit will be encouraged to add their own stories to the database, creating a dynamic and robust picture of the number and contributions of women who have helped to write history.

Our nation is stronger because of the women who defend it. The history of women in the American military is a complex, compelling, and crucial part of our national story. G&A’s design for the MWM will recognize, remember, and celebrate the trailblazing women who overcame significant barriers in order to serve their country. Their stories will highlight how women’s service has shaped America’s history, changed the country, and inspired its vision for the future.